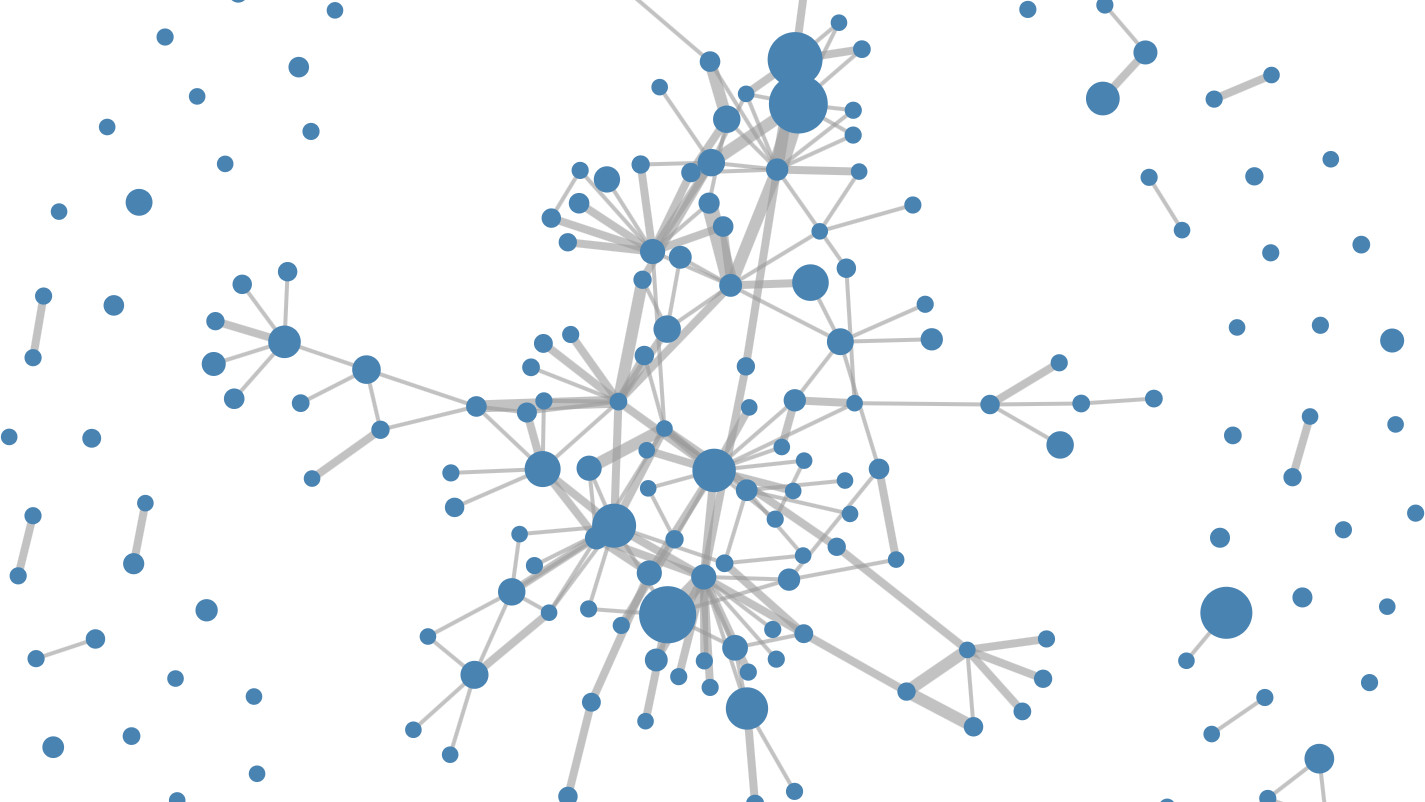 This is a sort of by-product of our Cultural Hackathon project. Some of the 2300+ works from the Gugelmann Collection had two or more authors listed in the metadata. This lead to the idea to have a closer look on what communities of collaborations exist among the artists.

Every node (blue dot) represents an artist. The size of the dot represents the number of works this artist contributed to the collection. The edges (grey lines) mean collaboration of two artists on at least one item. The thicker the line, the more items they co-authored. Artists with more than 15 works are displayed with name. The other names show up on hovering with the cursor over a node. The name is followed by the number of works contributed in parenthesis.

Noticeable is on the one hand the relatively densly entangled network in the middle. The works spawn from one of these numerous collaborations constitute a substantial part of the entire collection. On the other hand there are around two thirds of the artists represented with less than ten items in the collection. They are only weakly linked, at most one or two collaborations are known. Two striking exceptions to this binary classification are Johann Ludwig Nöthiger (63 works, one collaboration) and Franz Feyerabend (71 works, alone).