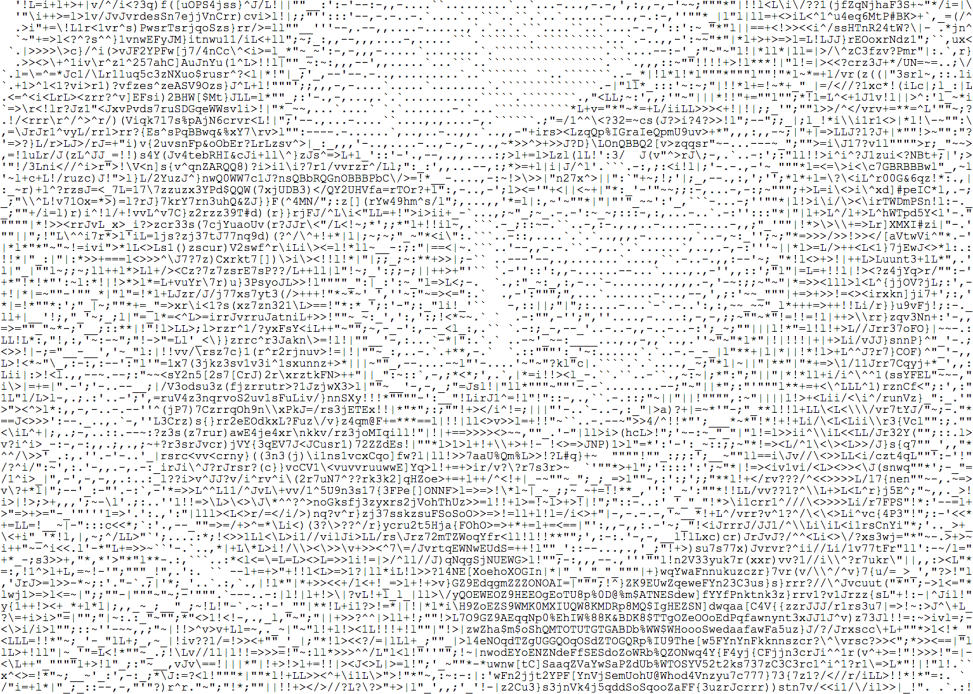 I recently stumbled upon what looks like quite a fundamental remake of processingjs.org, now called p5js.org. Since I made fPix and several other small projects with the former, I was curious to check out the latter. At my first glance, it looks like the project moved closer to javascript and farer away from java (variables are just called var and not float or int and functions are called, well function). I especially like the p5.dom library, that allows to place other html-elements like headlines, buttons or sliders directly from the js-sketch.

The result of my first steps is a tool, converting any image – or the capture of your device’s camera (if you allow it to) – into 140 by 60 character ASCII art. This is done by clicking the UPDATE button. With the LIVE button, you can enable the conversion of a continuous video stream.

The tool can be found here: www.mathiasbernhard.ch/ASCIImage/

The source can be found here: /ASCIImage/sketch.js

The capture part doesn’t work with Safari (you will just see ‘loading…’), but with FireFox and Chrome (didn’t try others). In FireFox, the “live”-mode is reasonably fast, in Chrome its slow.